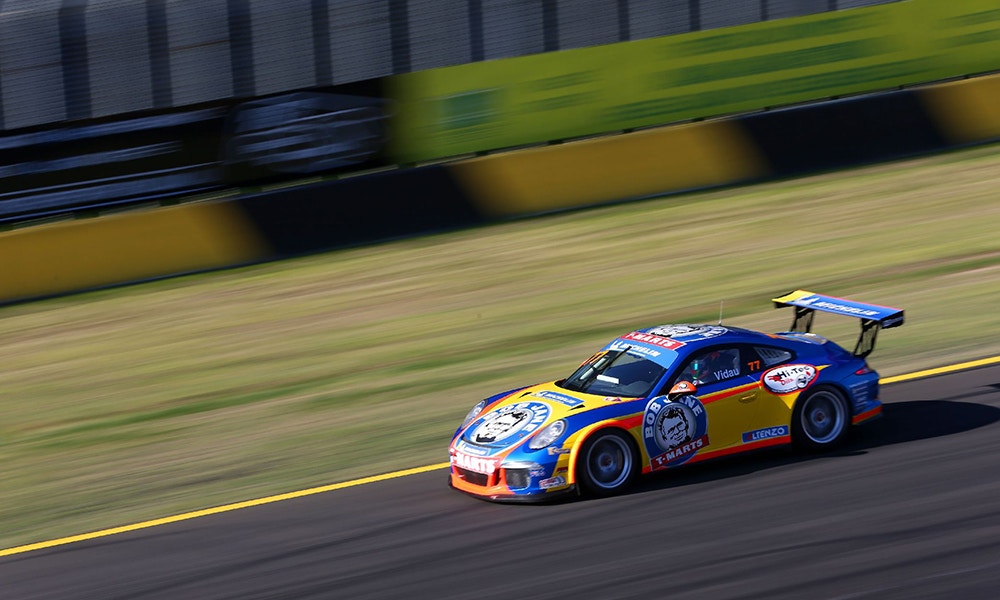 The 2017 Formula Ford Series champion qualified third fastest for first race of the final round and vaulted into second place with a great jump off the line. However, an early excursion off track dropped him to sixth place before a late-race charge to recover to fourth place.

“We managed to get up to second off the start and looked to challenge for the lead before running off the track at the final corner,” said Vidau.

“I got a bit loose and couldn’t catch it, so we lost a bit of ground and dropped to sixth. But we did have the pace to climb back up to fourth.”

That placed Vidau fourth on the grid for Sunday’s final race of the season. And he once again jumped into second place off the start, however Cooper Murray stalling on the front row of the grid led to a major pile-up and resulted in the race having to be restarted. Vidau repeated his demon starting performance and slotted into second place, applying race-long pressure to leader Jimmy Vernon and finishing the battle in second place.

“We got a great a launch but had to swerve to avoid Murray,” said Vidau. “He was collected and that forced a race stoppage and full restart. But thankfully we made another great start and got back up to second. It was good to get a solid result to end off my rookie Porsche Michelin GT3 Cup Challenge season.”

Vidau’s stand out debut season included two race wins and nine podium finishes over the course of the six rounds and 17 races of the Porsche Michelin GT3 Cup Challenge Australia season, therefore finishing in the top three in more than 50 per cent of the races he contested as a rookie.

He opened the season with two race wins and the overall round win at The Bend Motorsport Park, at the first motorsport event held at the new circuit in his home state of South Australia.

“We can’t complain with third in the championship, especially with the amount of learning we’ve had to do,” reflected Vidau.

“The highlight was definitely at The Bend Motorsport Park. To take the round win at the first motorsport meeting at the circuit in front of so many friends and family was very special.”

Vidau finished the season on 710 points, behind championship-winner Simon Fallon on 834 points and Murray on 803 points.