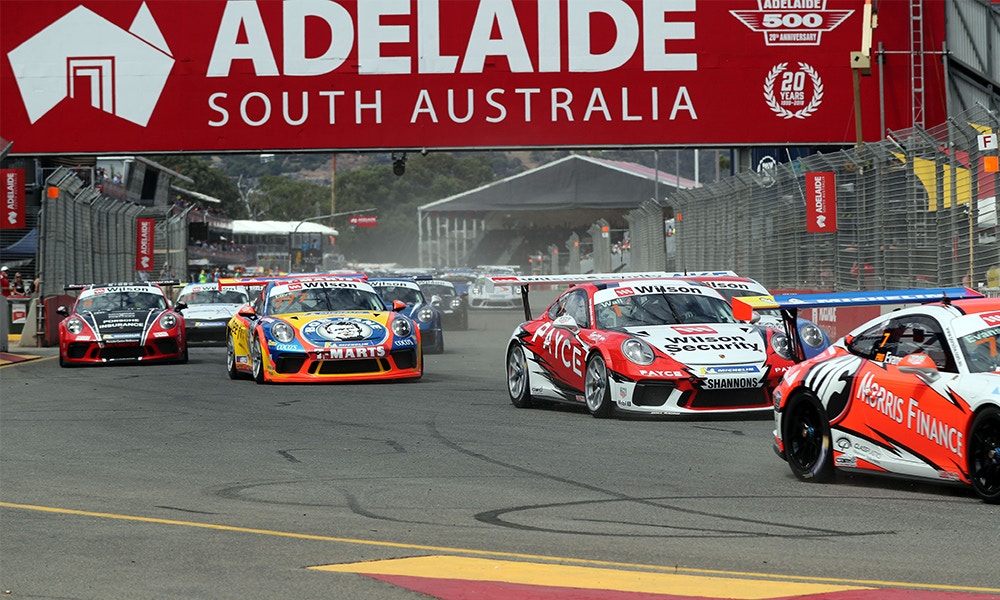 Almond, who hails from Adelaide, set the pace on debut, topping the timesheets in the first practice session.

The #77 driver was second fastest in Practice 2, but failed to capitalise on his results in qualifying. Almond lost time, caught up in traffic while on his second set of qualifying tyres and ended the session 11th.

In the first of three races, Almond got a good start and began his charge up the order, passing four cars on his way to finishing seventh and setting the fastest lap of the race. He passed another three cars in Race 2 to finish fourth.

Almond started the final race from fourth on the grid and a good start saw him claim another position. With most of the race run under the safety car due to an incident at Turn 8, there was little opportunity to progress. He battled with teammate Jordon Love over the closing laps of the race and held on to finish the race third.

“I am really excited to be part of the Bob Jane T-Marts team,” Almond said. “They are a fantastic outfit and we made a great start to the season.

“The car was incredible and had great pace over the weekend. The only negative was that I didn’t capitalise on this pace in qualifying.

“I really enjoyed Race 2 there was no safety car and each pass was hard earned,” Almond continued. “I am looking forward to getting back out on track at the AGP in three weeks’ time.”

It was a weekend of firsts for teammate Jordon Love who had never raced on the Adelaide street circuit before.

Love used the two practice sessions to familiarise himself with the notorious street circuit steadily progressing up the order each session.

The #777 driver made up more ground throughout qualifying, setting the fifth fastest time of the session.

Love lost a position in the opening race and finished sixth, a position he also maintained throughout Race 2.

The final race of the weekend saw the Perth youngster finish fourth behind his teammate and acknowledged he was pleased with his overall result. “It was good to get the first race meeting under my belt and come away with a straight car,” Love explained.

“I had never raced on the Adelaide circuit before so it took a bit longer than I anticipated to get comfortable. Each time out I got more and more comfortable and by the final race, I was able to push a bit harder.

“I am looking forward to our next race meeting in a few weeks’ time. My goal is to keep moving forward as the year goes, " Love added.

The Bob Jane T-Marts Porsche Carrera Cup team will have a short turnaround to prepare for the second round of the series at the Formula 1 2018 Rolex Australian Grand Prix at Albert Park on 22-25 March.