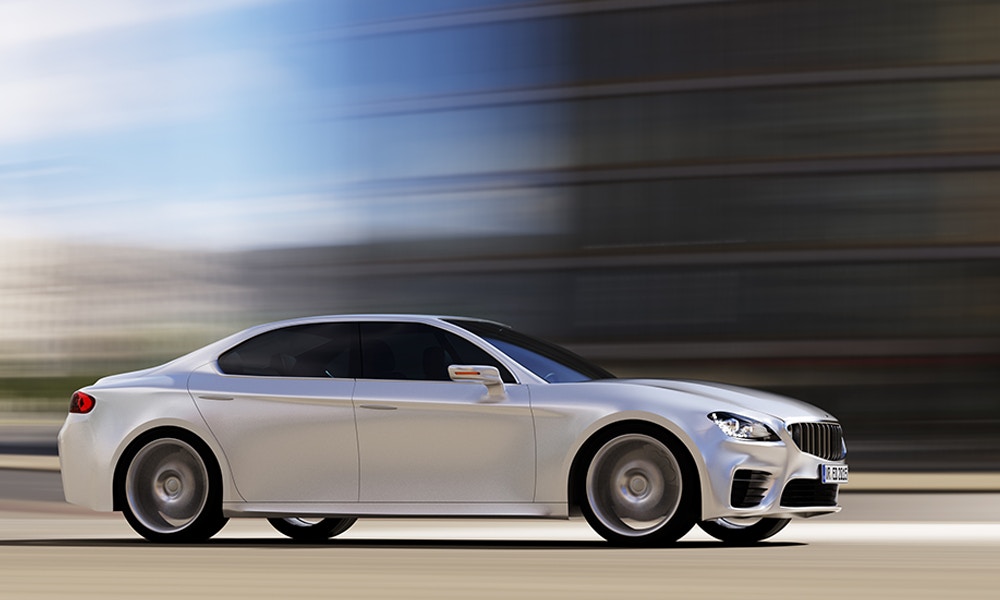 For the average commuter, it’s not common knowledge what the speed symbol and load index on your tyres mean. Often, a standard passenger car with the right tyres won’t ever reach the maximum speed or weight capacity indicated by the tyres.

However, knowing your tyre’s speed and load limitations is crucial if your vehicle’s main purpose is any of the following:

If the maximum indicated speed or load is exceeded, your tyre’s will not operate at peak efficiency and risk the safety of yourself, your vehicle and those around you on the road.

Your tyre’s speed symbol and load index markings are located on the sidewall, next to the tyre size markings.

The first number, 98, refers to the load index of the tyre.

The second letter, Y, refers to the speed symbol of the tyre.

The load rating, represented by the numerical value, is directly related to the maximum weight that each tyre can carry. In this case, 98 would refer to a load capacity of 750kg.

Most passenger vehicle load indexes range from 62 to 126.

Those who off-road or use their vehicle to transport goods will want to use a tyre with a higher load rating compared to those who use their car just for commuting. 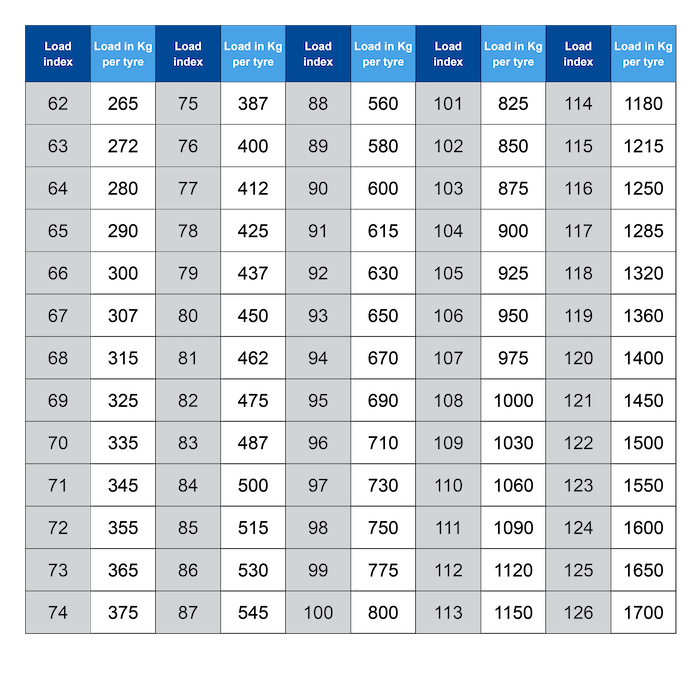 In all instances, the tyres load index must meet or exceed the value displayed on the vehicles placard, which can be found either in the owner’s manual, drivers-side door, petrol tank flap or in the glove box.

As shown in the table, the greater the load index number, the more weight each tyre can carry.

See the chart above for a full list of speed symbols and their applicable values.

Note: A tyre with ZR symbols have a speed capability of over 240km/h. Your local Bob Jane T-Marts can always consult with the tyre manufacturers to ascertain the tyres actual speed capabilities.

If your focus is on high-performance pursuits such as racing or track driving, then having a tyre that can sustain high speeds should be your focus. Keep in mind the legal speed symbol requirements vary by state, please check with your local Bob Jane T-Marts.

Ply ratings identify the load carrying capacities of a tyre in terms of plies. Ply rating originally referred to the number of cotton layers used to strengthen a tyre's casing. Today, when tyres are labelled 10-ply for example, they are no longer actually constructed of 10 individual layers of cotton, but they do offer the equivalent strength.

Over time, steel ply and radial construction replaced cotton, leading to a new distinction: Load Range. Load Range identifies the maximum amount of weight that can be placed on a tyre horizontally, which varies depending on tyre size and inflation limits.

Having a tyre with a high play rating makes it incredibly durable to damage and punctures, exactly what you need when you’re off-roading or needing a tyre that can support a lot of weight. Typically, Light Truck Tyres (L/T) will have a higher ply rating making them more suitable for heavy loads and off-roading compared to normal passenger tyres.

Which Speed Symbol & Load Index is Right For Me?

For most of us who just uses their car to commute to and from work with the occasional weekend trip, the speed symbol and load index should not be a high priority when considering which tyre to buy. Instead, finding the tyre that suits your vehicle and driving style should be a priority.

On the other hand, if you drive a performance vehicle, go off-roading very frequently or use your vehicle to transport goods, you’ll need to consider load indexes and speed symbols when choosing the right tyre.

If you’re not sure which tyres are right for you, contact your local Bob Jane T-Marts for tailored expert advice for your needs today! 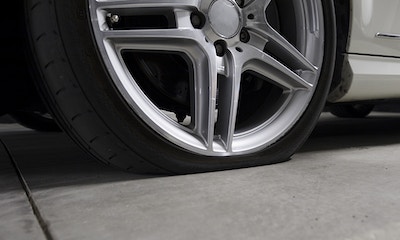 Everything you need to know about run-flat tyres and whether they suit your vehicle and needs!...

The types and sizings for commercial and 4x4 tyres explained!...