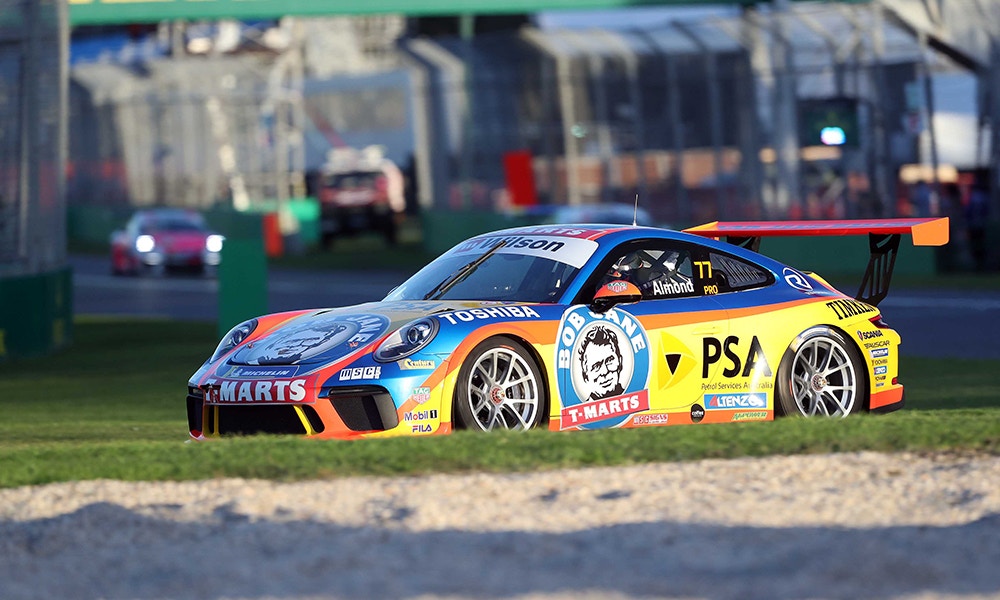 Jordan Love, in his Albert Park debut, finished third overall while teammate Michael Almond progressed throughout the weekend before an error in the final race dashed his hopes of a top-five result.

In just his second outing for the team, Love utilised Thursday’s sole practice session to familiarise himself with the iconic 5.3km street circuit. The #777 driver went on to set the second-fastest time in Qualifying, setting up a front row start for Thursday’s opening 10 lap race.

Love drove a solid opening race, dropping one position to finish third. In Race 2, a bad start and changing track conditions contributed to Love’s seventh-place result. The Perth youngster made up ground in Race 3 to finish fifth and claimed another two positions in the final race of the weekend to finish third.

“It was a really good weekend,” Love said. “To come away with a podium in just my second event with the team is pretty cool and it exceeds the expectations we set as a team at the start of the season.

“I got a bad start in the second race and didn’t adapt as well as the other drivers to the changing conditions as a result of the F1 cars being on track.

“I fought back over the next two races and stayed out of trouble, the consistency paid off with a podium result.

“I am really looking forward to the next event at Phillip Island in April, this will be the first round where I have actually driven the track beforehand,” he added.

Teammate Michael Almond steadily progressed over the course of the weekend. Having previously raced on the Albert Park circuit, the #77 driver ran a different practice strategy to Love, opting to work through qualifying set-up changes.

Almond qualified sixth for the opening race but lost a spot throughout the race and finished seventh. He came from seventh up to fourth in Race 2, but a small mistake in the closing laps of the race saw him drop to sixth.

In Race 3, Almond made a good start and settled into third for most of the race. Another small mistake on the closing laps dropped him back to fourth before the chequered flag.

Bad luck struck in the final race of the weekend when Almond locked his tyres at Turn 1 and speared into front-runners Dale Wood and Alex Davison.

“All-in-all the weekend was quite positive,” Almond said. ”I learnt a lot about the car and our pace was strong most of the time.

“The real dampener came on Sunday when I made an unfortunate mistake that I really wish didn’t happen. I got caught out coming in to Turn 1 and locked the wheels, unfortunately, as a result, I ran into two other competitors.

“We have a test day coming up in the next few weeks then it is on to Phillip Island for Round 3 of the series at the end of April. I am excited to be racing at Phillip Island as I missed the event last year. I have done a lot of laps there in the past so I am looking forward to going back there,” he added

The third round of the series will be held at Phillip Island Grand Prix Circuit on 20-22 April.