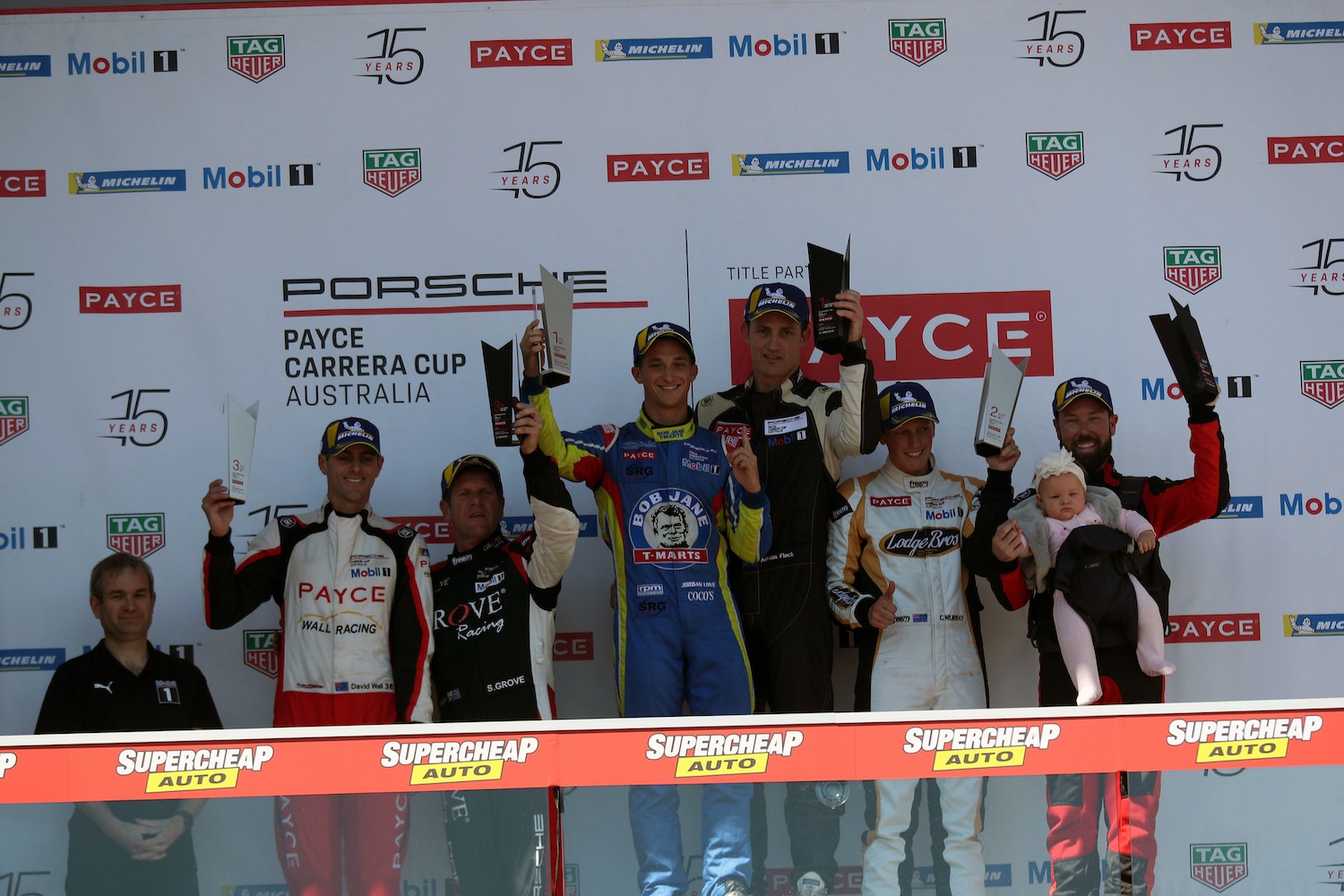 A stunning clean sweep of the Porsche Payce Carrera Cup Australia races at the Super Cheap Auto Bathurst 1000 has elevated Bob Jane T-Marts driver Jordan Love into the championship lead with just one round remaining.

This was Love’s third clean sweep of the season and his second in succession. The results of the past six races have seen a seemingly impossible 200 point deficit transformed to a two-point advantage.

"I certainly didn’t expect to be in the championship lead after the weekend,” Love said. “It was an incredible weekend, full credit to the team. The car was perfect all weekend.

The young Victorian sat third in the timesheets after the single 50-minute practice session.

After setting the fastest time during his first run in qualifying, the team opted to make a change that didn't quite have the desired effect. A mistake at the top of the mountain ripped the splitter off the #777 Porsche GT3 and saw Love end the session with fourth fastest on the timesheets.

Starting Race 1 from the second row of the grid Love made an incredible start and passed pole sitter David Wall at Turn 1. He withstood pressure from Wall and Cooper Murray and recovered from a near-miss at the dipper to take his fourth consecutive race win.

Love started Race 2 from pole position and was never headed on his way to his fifth straight race win. This feat was repeated in Race 3 with Love commanding the race from start to finish.

“We were fast here last year, and I had some good confidence from Tailem Bend, but I had to keep it clean at the same time," Love continued.

“After Darwin, I didn’t think we’d be in this position. You always want to have belief in yourself, but I never thought that this would be the case coming out of this weekend.”

The #77 driver didn't get a clean lap in qualifying, ending the session eighth which put him on the fourth row of the grid for the start of Race 1.

Almond gained a position to the opening race seventh. He got a clean start to Race 2 and was maintained his position before locking his rear brakes and spinning at The Chase. While he was able to recover and re-join the race, he dropped through the order eventually finishing 17th.

Almond mounted a good charge in the final race of the weekend coming through from 17th to finish 10th.

"It was a pretty ordinary weekend," Almond lamented. "Qualifying eighth really set the scene for the weekend.

"Bathurst is not the track you want to make a mistake I was quite relieved to re-join the race after my mishap in Race 2 with no damage.

"I have had two tough rounds so the focus now is to end the year on a positive," he added.

The final round of the 2019 Porsche Payce Carrera Cup Australia Championship will be held at the Gold Coast 600 on October 25-27.

Top Ten Outright Championship Standings (after Round 7 of 8)