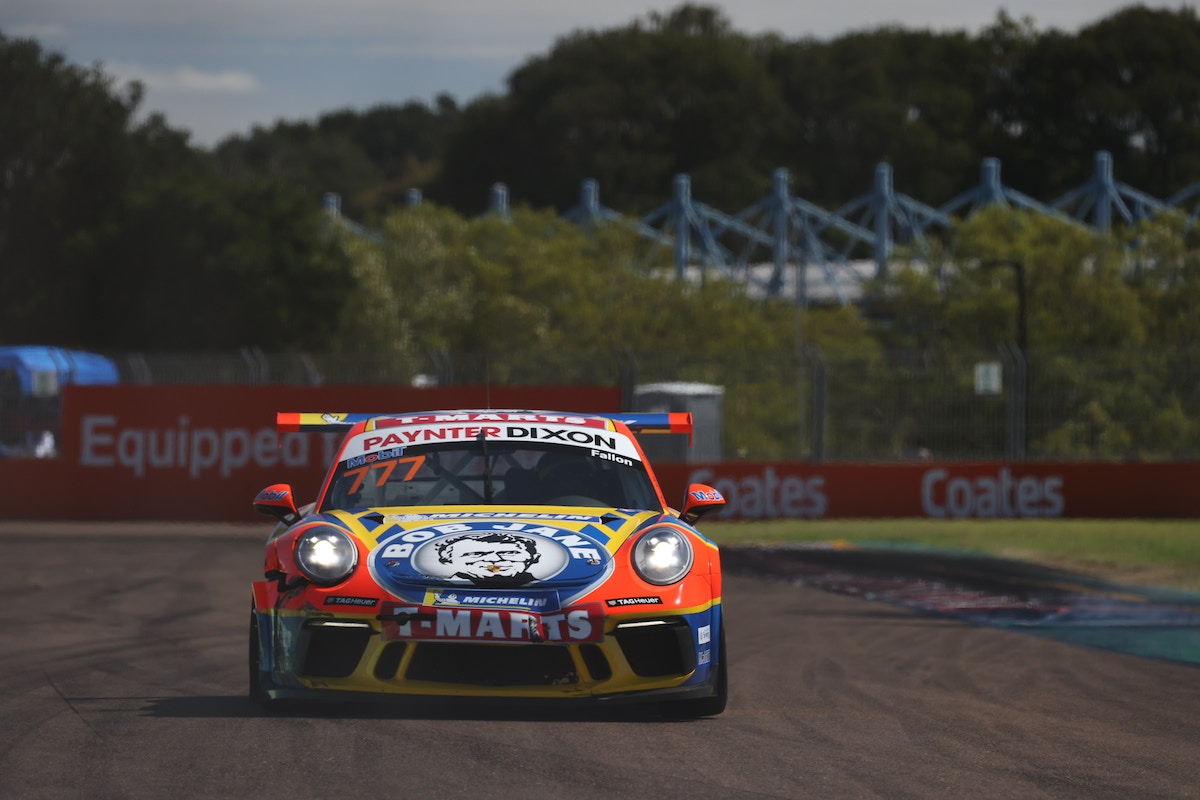 Consistency for Michael Almond as Carrera Cup returns up north

South Australian driver Michael Almond stayed out of trouble as he scored three top 10 finishes across the third round of Porsche Carrera Cup Australia in Townsville. Held on the combined street and permanent layout through Townsville’s Reid Park, it marked the first time in two months Porsche Carrera Cup Australia had competed since Round 2 at The Bend Motorsport Park in May. Almond and fellow Bob Jane T-Marts supported driver Simon Fallon were aiming to bounce back after a tough round at The Bend Motorsport Park. In a tight qualifying session, Almond qualified ninth and maintained this position throughout the opening race as he avoided the trouble encountered by a few leading contenders. A major test was Sunday morning’s 28-lap Race 2 where Almond progressed to sixth after battling for the final step on the podium for a majority of the event. A slew of drivers who encountered problems earlier in the weekend progressed and demoted Almond to 10th by the end of the third race. As a result, Almond sits in eighth, equal on points with seventh approaching the next round scheduled for Sydney Motorsport Park on August 20-22. “It was a mixed weekend for us,” said Almond. “It was great to have consistency across the three races, however we didn’t have the pace to be at the pointy end. “We ran strongly in the longest race of the weekend, which I found a rhythm in and raced against the leading contenders in the title. “The team and I will focus on what we need to improve on approaching Sydney where we hopefully will come out stronger.” It was Fallon’s first trip to Townsville proved a challenge although it started positively as he started Race 1 from 12th and progressed to finish a season best eighth. A collision with another entry at Turn 2 during the second event forced him out of the contest while battling well inside the top 10. Starting from the rear for Race 3, Fallon scythed his way to 14th during the early stages, but contact resulted in an overheating problem and ending in retirement. Although a difficult round for Fallon, there were many positives to take out of the weekend as he continues to learn the category. “We showed good signs of speed and a lot of chances to do something today, but unfortunately we didn’t capitalise on it,” he stated. “This is the first time I’ve been to Townsville and I love the track. It’s awesome bar the unfortunate events that happened today, it’s been really fun, mega cool and I’d like to come back here and do it all over again. “Luckily on the other side of the garage we had a bit of fortune with Michael Almond finishing in the top 10 in every race this weekend. He’s been up there and pacey, it’s good to see one of the Bob Jane T-Marts guys up the front. Hopefully we’ll come back stronger as a team at the round at Sydney if it goes ahead.” The next round of Porsche Carrera Cup Australia is scheduled to be held at Sydney Motorsport Park on August 20-22.