Aaron Love and Bob Jane T-Marts dominates at The Bend 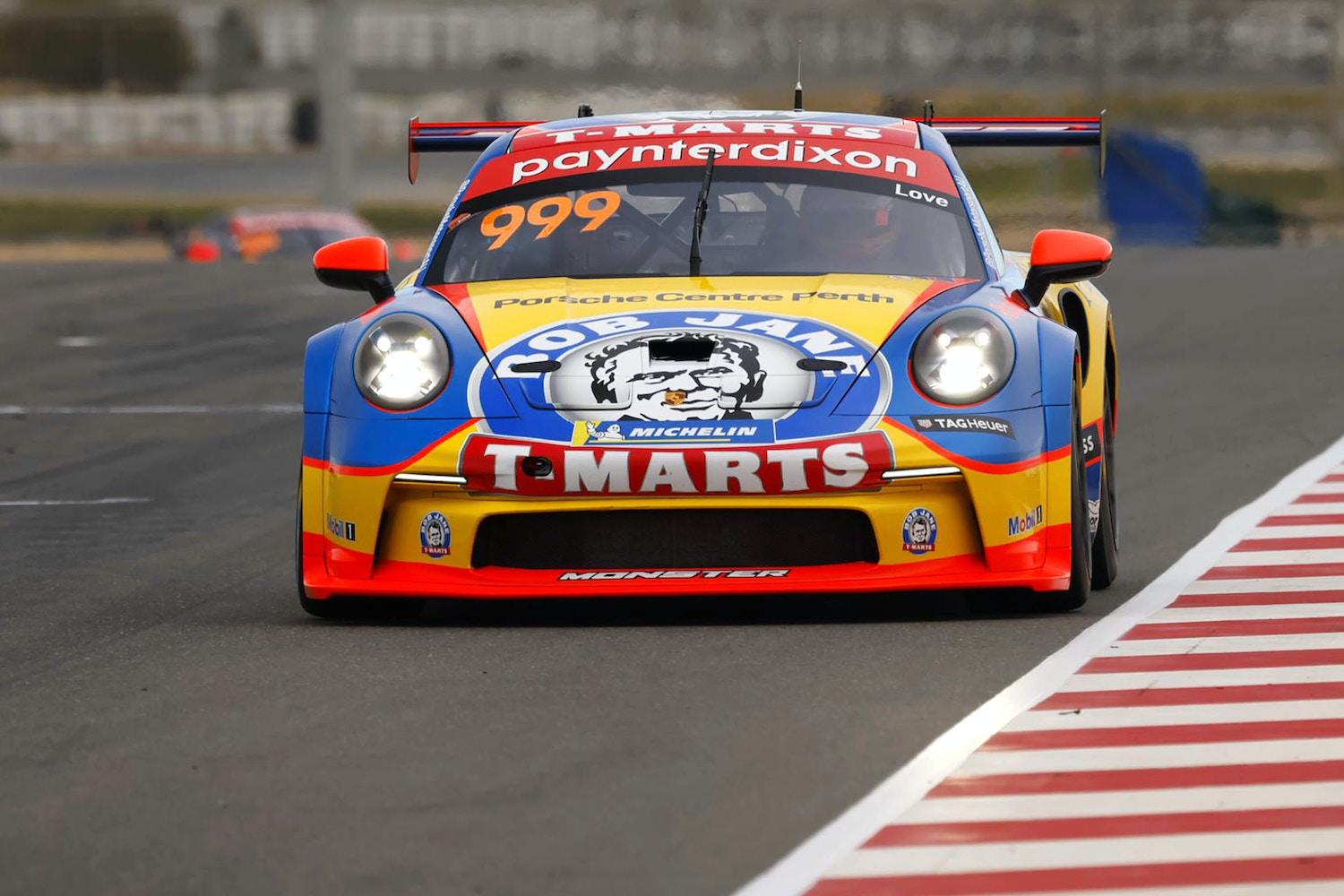 It was a dominating performance from Bob Jane T-Marts driver Aaron Love in Round 5 of the Paynter Dixon Porsche Carrera Cup Australia Championship at The Bend Motorsport Park this weekend.

In a three-pronged attack on the round, Love returned from his overseas Porsche Supercup campaign to continue his part-season in Paynter Dixon Porsche Carrera Cup Australia Championship and finally converted his front running pace into victory.

Scoring pole position after leading practice, Love led every lap at The Bend to take a clean-sweep, replicating the performance from his older brother Jordan three years ago – the year he won the title in a Bob Jane T-Marts Sonic Porsche.

Love’s margins in each race were the largest in any Porsche Carrera Cup Australia Championship race this year. It was a truly dominating performance.

“It has been a great weekend here at The Bend,” said Love.

“We’ve been putting in so much effort, ever since the AGP, for us to get up the front and stay there.

“I’m so happy for the team. They gave me an awesome car to drive all weekend. Not only did we score pole and three race wins, we did it nice and smooth, kept ourselves out of drama and it’s a massive credit to the team, Michael Henry (engineer) and all the crew at the team.”

Meanwhile, team-mate Simon Fallon enjoyed a strong showing. After a disappointing qualifying position in 17th, he clawed his way to 13th in Race 1 before fighting for a top five result in the second. A mistake dropped him to 10th, but set-up one final attack to complete the weekend where he finished an excellent fourth place – his best result of the 2022 season.

“We finished fourth in the last race, which was a great way to finish the round,” said Fallon.

“It was an up and down weekend. I was really happy with the end result, so now it’s time to push forward and keep making improvements. There were a few mistakes too, so if we cut all of those out, the potential is there.”

Rodney Jane was making his debut at Australia’s newest circuit and the first part of the weekend was used to learn the circuit. Seventh in qualifying was a solid start, replicating that result in the opening encounter.

Chaos in the second race involving a few TAG Heuer Pro-Am rivals provided an opportunity for Jane to move up to an eventual podium in fourth, only to get turned around in the last race while running second in class.

“It was the first time at The Bend for me, so it was a really steep learning curve,” said Jane.

“It was a challenging weekend. In the first race, I didn’t drive it that well while I was getting my head around it. The second race was better and I did a much better job. I was still making some errors and corners I was still learning, but we made it up to fourth in class. In the last race, I was up to second place and coming down the straight after the restart, I got poleaxed in the rear end, knocked me off in the sand and out of the race.

“The positives are that I learned a lot about the track and started to get more pace relative to the other guys around me. I still have a long way to go, but I probably need a test day to get further up the field and use the car better.” 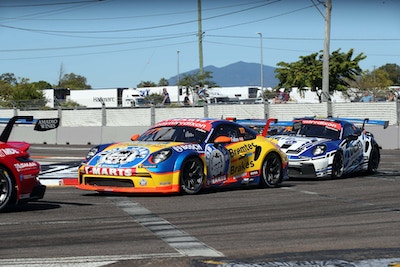 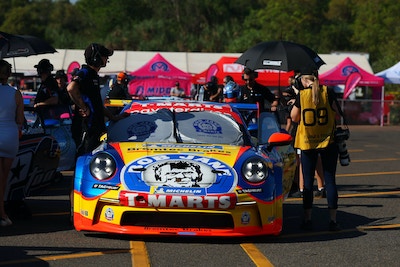 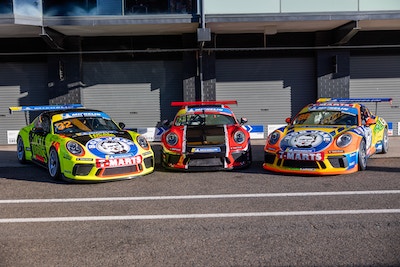