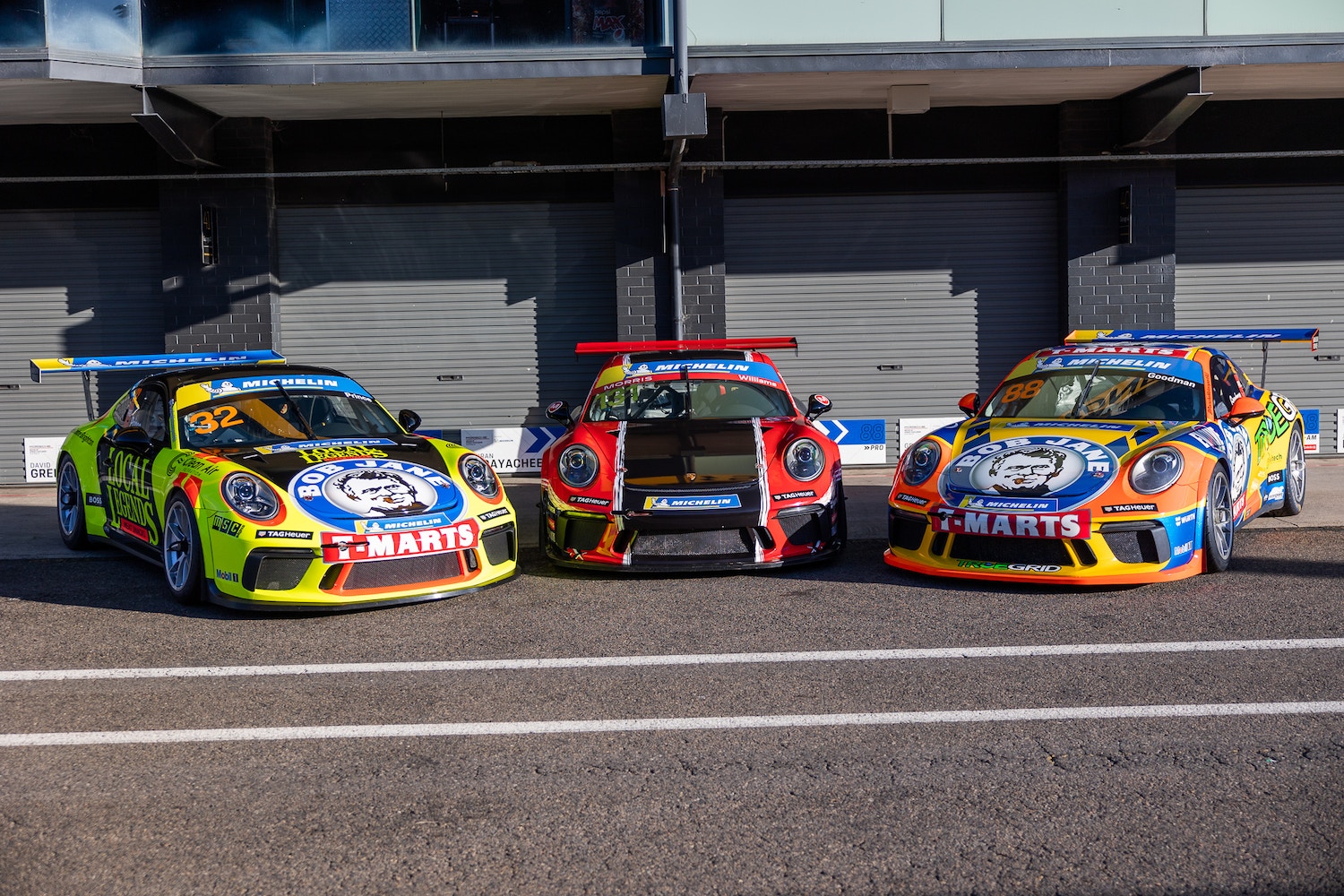 Bob Jane T-Marts has revealed an expansion to its partnership with Sonic Motor Racing Services and Porsche racing in Australia with the support of two rising motorsport stars in the 2022 Porsche Michelin Sprint Challenge.

Harrison Goodman and Courtney Prince will spearhead the team's attack on the Pro class, backed by Bob Jane T-Marts.

It is the continuation of Bob Jane T-Mart's support of Team Sonic, adding to the team's two cars in the Porsche Carrera Cup Australia Championship.

Sonic and Bob Jane T-Marts have proven their ability to talent spot over the years, providing opportunities for the likes of David Reynolds, James Moffat, Nick Foster and Jordan Love in Porsche racing.

Goodman progresses from Formula Fords to Porsches after finishing fifth in the national Formula Ford title last year. This will mark his first races in a tin-top this weekend.

Re-joining the team for a second campaign in the Local Legends entry is Prince, who started her career in Porsche Michelin Sprint Challenge in style with third at last year’s opening round at Phillip Island.

Also a previous graduate of National Formula Ford, Prince will be among the contenders this season.

The opening round of the Porsche Michelin Sprint Challenge kicks off at Sydney Motorsport park this weekend. Practice will be held on Friday followed by racing on both Saturday and Sunday. Live and ad-break free broadcast of the event will be via Stan Sport on Saturday and Sunday.

“I’m definitely excited and it will be good to be racing in a competitive field,” said Goodman.

“It’s going to be very different to the Formula Ford, but the cars handle similar to each other, which is helpful.

“Michael and Maria have been very helpful during the transition from Formula Ford to Porsche, and without them I wouldn’t be able to do it.

“I’m excited to be driving the Bob Jane T-Marts entry. It’s one that has a lot of history with Sonic and to represent an iconic brand is one I’m thrilled to be a part of.

“It’s been a fairly fast learning curve with just three test days, but I definitely think we’ve done enough to be competitive at the first round and I’m keen to get started at Sydney Motorsport Park this weekend.

“It’s been over a year since we raced and we only had two rounds so I’m super keen to get into it again,” said Prince.

“We’ve done four test days prior to this season commencing, which has made me feel ready, prepared and I just can’t wait to start racing again.

“We finished third in our first ever Porsche round, which I was stoked with and we led a majority of the second race in the rain.

“I enjoy racing the Porsche and working alongside Mick, who really seems to get the most out of me.

“I just want to maximise both myself and the car when I hit the track as well as to provide the right feedback to Mick.

“Winning the title this year would be awesome and it’s something I’m really putting my mind to do.”