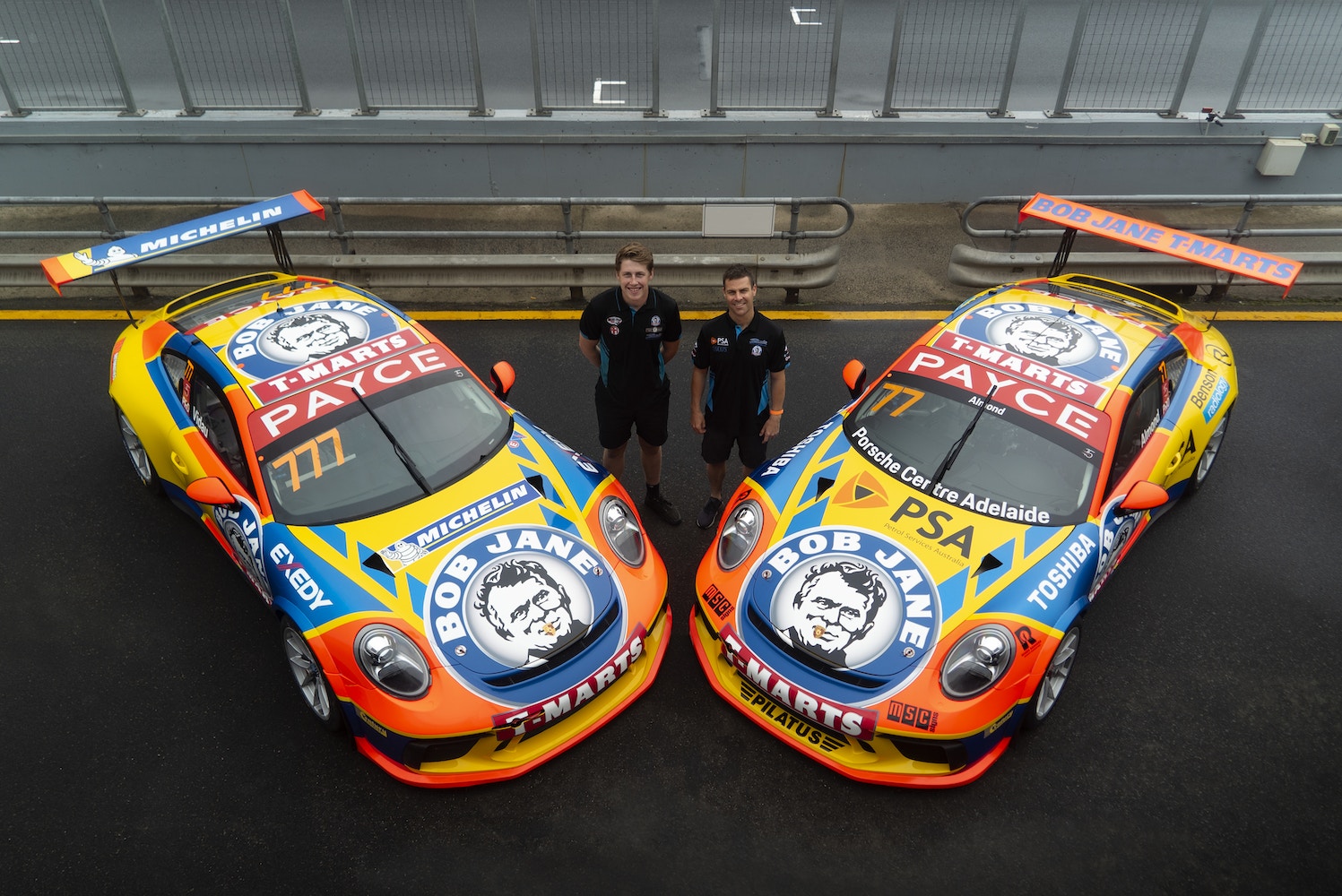 Bob Jane T-Marts will support a mix of youth and experience for the 2020 Porsche PAYCE Carrera Cup Australia Championship this year. Young gun Max Vidau and experienced racer Michael Almond will compete in the famous Bob Jane T-Marts colours, with the opening round of the one-make Porsche season kicking off at the Adelaide street circuit this weekend.

It will be Almond’s third season representing Bob Jane T-Marts after finishing seventh in the competitive series last year. He says that he feels privileged to race under the Bob Jane T-Marts banner and believes the title is wide open.

”I’m really proud to drive the Bob Jane T-Marts Porsche again, now for my third season. It’s an iconic brand and it has been a big part of Australian motorsport culture,” said Almond. “It’s a privilege to drive this car. It’s really special and I couldn’t ask for much more than to be racing in Carrera Cup. “There’s a lot of drivers with a lot of speed – it’s a hard season to predict the results. I think you’ll find they’ll be different race winners and different podium finishers every round.”

Joining Almond is Vidau, who will compete in Bob Jane T-Marts hues for the second-straight year. The 18-year-old steps up from the Porsche GT3 Cup Challenge class where he finished second last year. Vidau says is optimistic he will be amongst the front runners, but is cautious about his results. “We should be in a good position to go well. I know I have a great car and team around me,” he said. “To start off, I need to keep the car straight. I’ve never been to a street circuit, so I’ll just ease my way into the weekend. “Ultimately, my goal for the season is to be in the top five and be ahead of all my other rivals who have moved up from GT3 Cup Challenge. “It’s great to be in my second year in the Bob Jane T-Marts car. To be associated with such a well-known brand is something I don’t take lightly.”

The liveries of the cars have also received a tweak in the off-season, again resplendent in their striking yellow and blue scheme. The cars will be entered by reigning Carrera Cup champions Sonic Motor Racing Services. This year marks the 17th year that the independent, family-owned tyre retailer will support the Melbourne-based team, which has encompassed entries in the Porsche Carrera Cup and the Supercars Super2 Series.

Track action for Carrera Cup starts this Thursday, with qualifying and the three races to be held over Friday, Saturday and Sunday. All of the action can be watched live on Fox Sports, with selected races also broadcast on Network Ten as part of the Supercars Championship coverage. 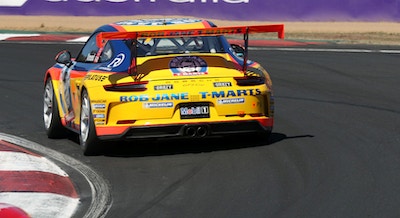